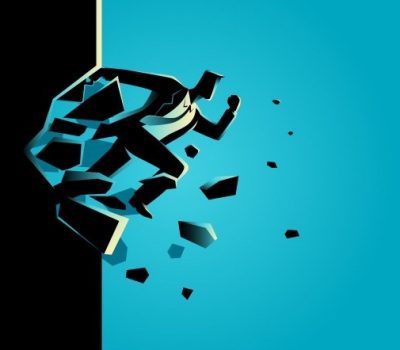 The metrics of of breakthrough performance starts with giving each performer accountability for creating their own metric drivers. What they say are the most important things to pay attention to. You’re coaching people to think, really think from the end, the results. You’re challenging them to manage themselves with metrics they really want, and you’re changing the rules of the game for them to be self managing, self generating. For most, this is the first and only time they have ever been given this opportunity to really go for it. For many, it’s the first time they ever even considered it, so don’t be so surprised when you see an excitement building as employees take a new found toy and start working with it to create ground breakthrough metrics.

Many realize they truly do have a sense of exactly what they want in terms of really great performance. They just never stopped to actually think about it. So, we get powerful challenging metrics for each person, then we hit a wall!

So far we have been working from the end, from the outcomes needed to get the job done and deliver the best performance. These are the best metrics to drive productivity: making customers happy, close jobs, profitable GP margins, etc. Now, we go try to retrieve the data needed to populate these reports and your new performance metrics, and we find out whether the database software system makes it easy for you to have anything you want, or a huge pain in the ass.

Which explains SO much about why so many companies can’t even begin to get on the playing field for breakthrough performance. They designed everything from the wrong end of the dog. Many companies do what they thought was the right thing to do. They bought their software first, got what they thought was adequate, and were satisfied with the reports it gave them, but never really looked at it from the end user–the performer, the guy getting all the work done. That’s the tail wagging the dog–companies reporting and measuring what they can get instead of what they really need to throw performers into high gear. They report on and measure what their software says they can easily have, instead of what you and your most important people need and want.

In short, the whole thing is bassackwards, so performance gets suppressed, leading to performance issues, which are commonly misinterpreted as disinterest when in fact, employees just aren’t set up to win.