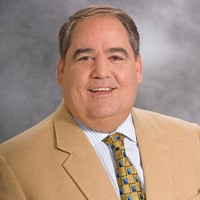 Make 10 powerful commitments to your customer? For example: End the job ahead of schedule, ahead of budget, but only fulfilling 8 of the 10 commitments.

Make five mediocre commitments to your client and end the job on time, (but at a time that is three weeks later than it should be), and with added cost overruns that you have prepared the client for, giving you a score of 5 for 5.

Client one gets a better end product at better cost and is reasonably happy.
Client two gets a worse product at added costs but is thrilled.

Mark, who said we can’t have both? The common challenge people have with commitment management is thinking a commitment is set in stone and can never be renegotiated.

Why don’t we ask the customer which of the scenarios they would prefer? The first example points to a condition where you are honoring yourself as your word. It’s the spirit of the law. You make bold promises, your actions are consistent with your speaking, and you fulfill most of what you said you would.

The second example points to the letter of the law, a much more careful and ridged interpretation.

Of course, it’s your choice.

We've developed a proven framework for your success!

GNA helps construction companies build an employee-centric culture that results in healthier people and higher profits. This 10-week course, led by industry expert Greg Neil, is the perfect catalyst to transform your organization.

Claim your seat in the 10-week course!