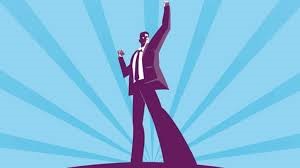 Which is another way of saying the power of commitment, the power of making a commitment to something you feel is important to you and those around you. At least once in our life we come face to face with a very large circumstance that calls us to take a stand for something.

A great example is the recent case of Ben Justesen, owner of Just Right Cleaning & Construction winning a summary judgment in a lawsuit with Thermapure. Ben felt that the suit against him was unfair and not right. So, he stood up for himself. It was hard work, it was risky. He could have lost, and he was alone for the larger part of it. Then, RIA stepped in to offer financial assistance, and slowly, things began to turn around for Ben. That’s the power of commitment.

We have the same opportunity every day with our challenges in marketing, sales, production issues, and collections. Fortunately, it’s not as dramatic, but no less urgent. The circumstances often argue for a reality you don’t want and don’t need. And you have the opportunity to take a stand and say the way it’s going to be, and drive it that way — because you said so.

I am reminded of a story Jeff Farley, owner of Custom Restoration, shared with me about his early years of starting his business. Jeff would make a commitment to his goal for weekly marketing actions, and not stop until he reached he reached that weekly goal, even if it meant working late or on the weekends. No small wonder Jeff’s business grew.

That’s why we say commitment is the back bone of achievement, and the work horse of accomplishment. This is a way to wield your power by working smart, not hard.