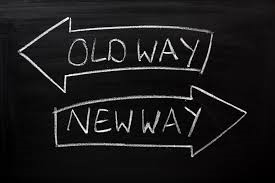 This book grew out of Kuhn’s research on the history of science. Before Kuhn’s work, the prevailing view of knowledge building in science was that it was a linear process centered on the so-called “scientific method.” According to the traditional view of this process, scientists posit hypotheses, test them, and in this way, build knowledge. However, when Kuhn looked closely at what actually happened, he found that this could not be further from the truth. Instead, Kuhn found that knowledge building in science was a process that was marked by occasional great lurches forward. In fact, most science took place within the context of a broad, tacit, explanatory framework that he called a “paradigm.” The Aristotelian system that theorized that the sun revolved around the earth is an example of a paradigm. Within a paradigm, science is determined in a way that is consistent with the paradigm. The experiments that count as useful are the ones that support the paradigm, and this typically involves refining and extending it. Kuhn calls this “normal science.” The community of scientists forms a culture around the paradigm.

They reject experiments and ostracize experimenters who are at odds with it. A prime example is Galileo, who bucked the existing paradigm and narrowly escaped with his life. After a period of time, experimental evidence begins to show that the prevailing paradigm is insufficient. Kuhn calls these “anomalies.” What happens? The evidence is ignored, and the community of scientists goes along as if nothing had happened. Over time, more and more evidence accumulates, and still it is ignored.

Finally, a scientist will propose a comprehensive new paradigm. This new theoretical framework will be accepted only if it fully explains both everything that the old paradigm explained as well as the anomalies. Moreover, the new paradigm must specify enough detail to be useful as a guide to normal science. Even then, the process of change is profoundly political, not logical, with more open-minded scientists gravitating toward the new paradigm, while others continue to cling to the old. This is what happened when Copernicus’s paradigm supplanted Aristotle’s, and when Einstein’s supplanted Newton’s. This is paradigmatic change. Kuhn relates the change process blow by blow.

What Kuhn found in science plays out in business every day. A manager seeking to create paradigmatic change, whether in market focus or vendor integration or manufacturing process, will hit a wall of “the way we do business,” that is analogous to Kuhn’s paradigm.

As in Kuhn’s process, simply showing evidence that a fundamentally different way of doing business would provide higher returns will not be sufficient to motivate paradigmatic change unless a dire crisis imminent. It will be ignored much as Kuhn’s anomalies were ignored. Consider the origin of Dell’s famous make-to-order system. Dell’s spectacularly successful new business system did not grow out of a whiteboard session showing such high prospective returns that the company was convinced to change its business. In fact, Dell had produced a very unsuccessful PC model and had lost so much money it was on the verge of running out of cash. The only was to raise money to keep the company alive was to liquidate all inventory as soon as possible. The operating officers were ordered to find a way to run the company without inventory. In the process of complying with this seemingly impossible task, they developed the now-famous make-to-order system. The key point is that in the absence of a life-threatening crisis, the management team surely would have rejected the new system out of hand.

How then can a manager create paradigmatic change before crisis? Kuhn’s observations, coupled with the experience of many businesses, suggest three key points of leverage.

First, make a comprehensive case for upcoming disaster if paradigmatic change does not take place.

It is not sufficient to provide evidence that the old business practices are not working well, or that an alternative would produce better returns. There must be a strong case that there is no choice but to change, and that the clock is ticking.

Second, develop a comprehensive, concrete specification of the new paradigm.

People won’t change current practices based on an abstraction. The new paradigm must be specific enough to guide the day-to-day actions that must take place within it, along with a feasible pathway of change. Here, showcase projects are particularly valuable. A showcase is a demonstration of a new way of doing business without a previous commitment to accept the change. For example, early in the development of the first vendor-managed inventory system in the hospital supply industry, a showcase system was set up in a small Canadian regional hospital. This concrete working example provided enormously powerful evidence that the new system was feasible. This small hospital became the most frequently-visited hospital in North America, as hospital CEOs from all over came up to “kick the tires.” Similarly, a forward-thinking auto parts distributor maintains a policy of constant experimentation. The company’s management always tries new ways of doing business on one or another of its hundreds of stores. When an experiment is successful, the practice is rapidly spread; when it is not, another experiment quickly takes its place. In all, not more than a tenth of a percent of the business is at risk at any one time, yet this process allows the company to innovate extremely rapidly and effectively.

Third, be patient and wait until the time is right.

Paradigmatic change requires a unique set of conditions. Sometimes, the organization will reject the change several times before a critical mass of managers finally recognizes the need for change and the utility of the new paradigm. Focus on winning the war and not every battle.

They can take measures to make their companies’ cultures much more change-friendly. By encouraging showcases and experimentation, rather than rigid adherence to standard practices, they can accelerate innovation. Organizational culture tends to reflect the actions and attitudes of the leaders. By being open-minded about the need to experiment with fundamentally new ways of doing business, and by viewing small setbacks as learning and not failure, top managers can condition their company’s culture to respond positively to paradigmatic change. A company’s most important asset is a management team inclined to learn quickly by thinking and doing, embedded in an open-minded culture. In the long run, this is the best way for insightful top managers to ensure their companies’ success. Copyright 2004 Jonathan L.S. Byrnes.

My mission is to demonstrate that a business embracing practices of kindness, respect and empowerment will be very, very successful and profitable.

Ready for a new level of success in your business?

Working with hundreds of companies in over 8,000 meetings for 25 years has shown me if you take the right actions, you will get the best results. The GNA program helps you break free from the exhausting effort to run your business. We offer a step-by-step program helping you to thrive and build the business you always wanted.

Explore how you can achieve a new level of success in your company, schedule time with me today: https://calendly.com/greg-479/free-30-min-discovery

GNA builds a culture of breakthrough level performance based on trust and empowerment of key employees and leaders. The business culture becomes one in which everyone wins. Real accountability-based management is the new paradigm.